Hit enter to search or ESC to close
Sale! 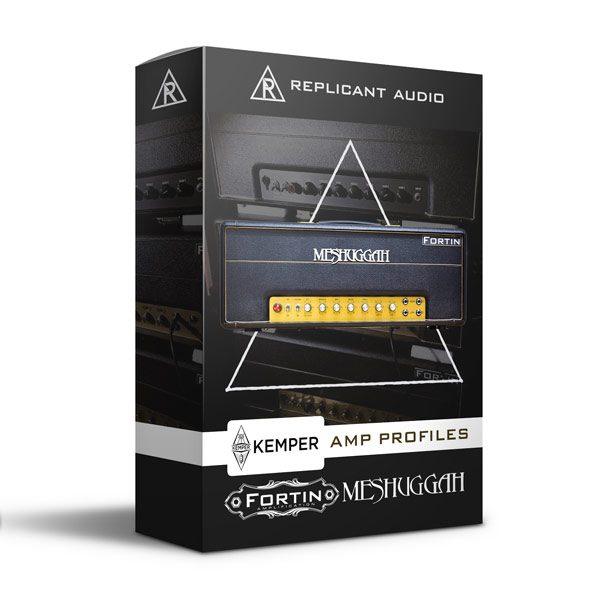 What do you get?

In order to use this product you need a Kemper Profiler hardware unit.

The Officially Licensed Fortin MESHUGGAH Kemper pack from Replicant Audio features an array of tones from the highly sought after MESHUGGAH.

No expense was spared by the team most familiar with the amplifier to present a realistic profile pack. From bone-crushing chug territory, to searing lead tones and a nod to the vintage Plexi tones this amplifier is capable of, all are represented in this pack. A blend of direct and merged profiles, this offering is sure to appeal to even the most demanding metal tone enthusiast. In addition to the MESHUGGAH, the iconic and highly sought after Fortin 33 pedal is used to boost many profiles in this pack. The 33 takes these profiles to an entirely new level of brutality. The Officially Licensed Fortin MESHUGGAH Kemper pack from Replicant Audio is a must-have for any heavy and extreme-minded guitarist.

All rigs were made with Fortin Meshuggah amp serial# 001, and profiled by Jocke Skog at Sunmountain Facilities and Fear and Loathing Studios in Stockholm, Sweden. The amp was tweaked by Jocke Skog and Mike Fortin. All rigs were made with the highest regard to detail and some has 2 or more microphones and/or post processing to perfect the particular sound. However, the goal was to have a starting point and then let the user make the necessary tweaks (if needed) since every person and every guitar has it’s own character. There’s an ”overdrive pedal” in every program (bypassed by default) and there’s also an EQ with a HP/LP filter for quick shaping of the profiles (bypassed by default).

All amp brands are trademarked by their respective owners and are in no way affiliated with REPLICANT AUDIO. You are purchasing a license to use these profiles for your own personal and/or professional use. These profiles are not for resale or any unlicensed distribution, free or compensated. The KPA Profiles are based on our interpretation of the sound of the amplifiers listed and any use of the brand names is strictly for comparison and descriptive purposes.

There are no reviews yet.

Only logged in customers who have purchased this product may leave a review.